An Ode to my Typewriter*

I have a typewriter, and it is beautiful.

It is safe to say that I L-O-V-E my typewriter. 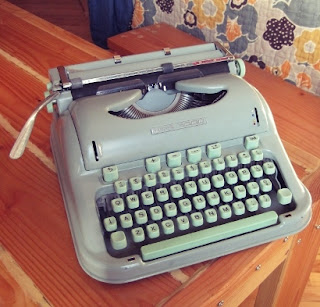 I love it so much, I put it on my business cards (yes I have business cards. Halt the eye-rolling! I will explain more about them in another post).

It was a present to me from the husband from a couple of years ago. We’d been eating at our favorite restaurant in New York (Max Soha, UWS, lovely and romantic and inexpensive), talking about our lives.

He hadn’t gotten into grad school yet, I was still nothin’ but a lowly journalist, and I told him that I’d been thinking about writing, a lot. I’d always loved it, but I stopped in college, after my pseudo-intellectual short stories became a chore both to read and write. 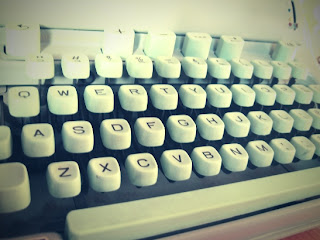 Lately, though, a story had crept into my mind, slowly being formed. It was itchy, this story, and I wondered if I should actually write it. And if I did? What was I supposed to do with it? Stuff it in a drawer to read occasionally? Or--gulp--try to publish it?

I remember he took my hand and told me I could do it, and he believed in me. 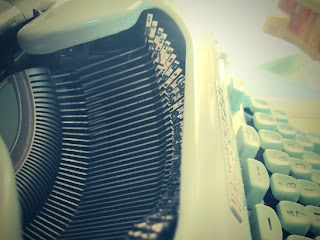 It was a lovely moment, and it made me very happy. Then our caprese salad came and we wolfed down some oh-so-delicious breadsticks, and then I told him how I’d always loved those big, beautiful, vintage typewriters. And he told me, get ready kid, ‘cause I’m going get you one for Christmas. 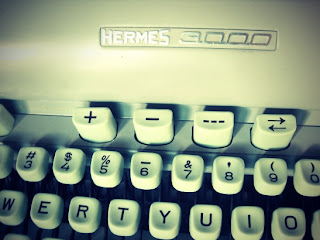 It is probably one of my favorite presents/possessions ever, although I have to say I don’t use it as much as I just stare at it (I type on a laptop, like a person from this century).

Really, though, I love it because the husband gave it to me, and because every time I look at it I realize, as much as writing is a one-person profession, I wouldn’t be doing this without him. It takes a huge leap of confidence to quit your job for the fly-by-the-seat-of-your-pants life as a writer, and without his vote, I just wouldn’t have been able to do this. And yes, he’s a little biased, but he’s also extremely practical** and said: your success is my success, and I wouldn’t encourage you to do something if I didn’t think you would succeed. 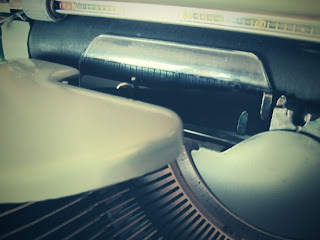 It is a lovely, encouraging, sometimes terrifying thing to think about, but ultimately something that gives me courage and hope. And that’s what my little typewriter means to me. 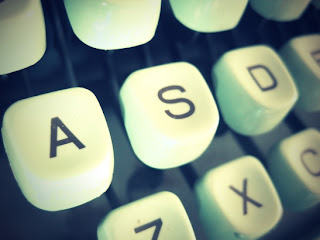 *Note: not an actual ode. I don’t know how to write those and I’m too lazy to look it up on Wikipedia and really I just want to write nice things about my typewriter so let’s just roll with it, hmmmm?

**Except that day he spent $40 on a miniature helicopter from Brookstone, which promptly broke as soon as we got home. Did I mention he was 24 at the time?
Posted by Kendall at 7:34 AM

Email ThisBlogThis!Share to TwitterShare to FacebookShare to Pinterest
Labels: Musing