The Role of Culture in YA 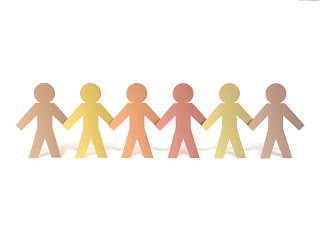 I’ve been thinking a lot about culture in fiction, especially YA. Part of that has to do with this week’s read: Shadow and Bone, by Leigh Bardugo, a fantasy with Russian/Slavic influences. But it’s also been on my mind as I think about my next manuscript, which features a multicultural protagonist. So much of YA fiction is about the white experience and reflects a modern, Western perspective. When a book is about something different, what does that mean for the writer? For the readers? What’s the “right” way to write about culture, and is there even a clear answer?

Let me say upfront that I’m not going to be talking much about Shadow and Bone specifically. I’m aware of the criticism it faced from Russian readers for its use (and misuse) of Russian words. Although I can understand the frustration those readers felt (and it suggests that maybe some more research should have been done), frankly I don’t really think Shadow and Bone is supposed to be a primer on Russian language or life, nor should anyone expect it to be.

But I do think it’s a good example of what, given Shadow and Bone’s popularity, could become a trend in YA: culture as an exotic hook and not something integral to the story.

There’s a worryingly large amount of Western-based fantasy, and readers and writers are calling for a change, for stories that reflect different experiences and perspectives. This is great, and already there are some moves in that direction—Akata Witch, Cinder, Ship Breakers, Tiger Moon, and The Immortal Rules are all awesome SF/F that feature non-Western characters and/or settings.

Where things get tricky, I think, is how culture is used within a story. There’s a temptation to pick out the surface details to add texture to your world (think food, clothing, the occasional italicized word) while ignoring the underlying meaning behind it all. If your fantasy characters are drinking green tea and wearing red silk but talk like West Coast teenagers from 2013, it sort of misses the point of introducing another culture in the first place.

What I’m trying to say is that culture is, like anything, a tool to tell a story. It should drive forward plot and expand the world, and it should inform everything from dialogue to the characters’ beliefs to the choices they make. That doesn’t mean a fantasy world based on one culture has to be universally-reflective of that culture (in the way that Lord of the Rings isn’t an instruction manual in Anglo-Saxon). But if, for example, you’re writing a fantasy based on Spanish culture, it’s beneficial to understand that religion is incredibly important because of a long history of religious struggle between Muslims, Jews, and Christians, leading up to the Spanish Inquisition and Franco’s control over the church. The way a Spanish-influenced fantasy character would think about religion should be incredibly different from the way a modern American does, and you can’t just throw some iconography in there and call it a day.

Anytime authors try something out of the box, I think it’s generally a step in the right direction. And I can understand, also, the hesitancy to go outside your comfort zone, given that you can work really hard to understand and integrate a culture and still face a lot of criticism for getting things wrong. But I think it’s important to remember that culture isn’t window dressing. It’s not fancy clothing or crazy weapons. It’s not something that can be copy-pasted into a manuscript by changing a few words. It’s an integral part of the story that reveals something unique about your characters and your world.
Posted by Kendall at 9:57 AM