Last week, fed up with the homogeneity and sameness of most YA book covers, I gave myself the challenge of redesigning covers that I felt could use a different perspective. This isn't a knock on YA book designers or YA marketers, just a little experiment to see if I could take a cover and reimagine it without the typical YA tropes.

Before we get to today's reveal, let's remind ourselves of the rules:
No headless/partially obscured models
No girls dying/dead (that includes drowning, falling, burning, etc etc)
No luxurious, fancy dresses
It has to actually represent the book, either the book's theme, a particular scene, or the general feel
It can't look like anything else on the market 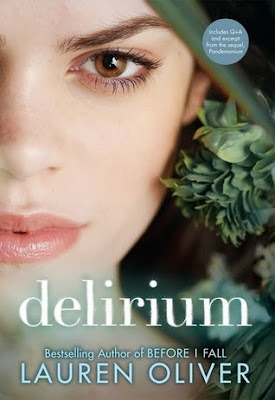 Yes, it features a pretty, white girl (who also looks older than the main character is supposed to be) with her face partially obscured. It also, for some reason, has plants on the side. I'm not totally sure why, because plants don't really factor into Delirium, at least not enough that they would warrant prominent cover space. Maybe it's a metaphor? The biggest problem I have with it, though, is that it's so generic that it says virtually nothing about the story itself.

So, let's see if I could do any better. My version is after the jump! 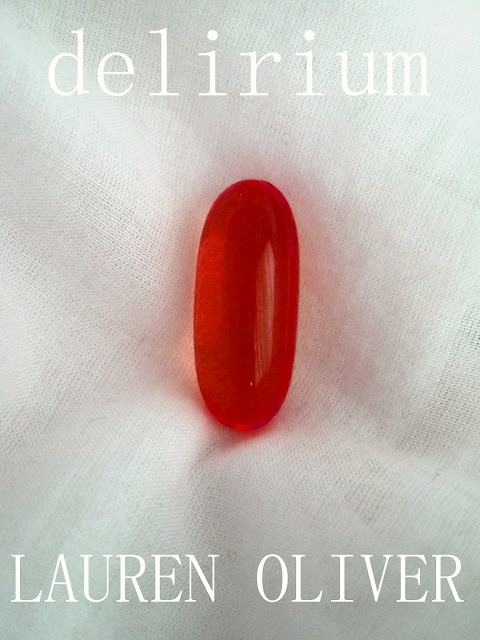 I went with the medical motif, since Delirium is about a world where love is considered a disease. My first thought was to have a pill bottle front and center and put the title printed onto the bottle label, but that proved tricky. For one, the label was so small, and it was tricky to Photoshop convincing-looking type.

Next I thought to just go with a single, brightly-colored pill against a white background. I looked online for some pills, but nothing really jumped out at me, and I knew I wanted something very specific. I don't have any prescriptions for anything, but I do have a giant bottle of fish oil pills. I grabbed one and started taking photos of it around my apartment. I loved how it filtered and diffused the light.

Next, I popped the photo into my image-editing program (I am cheap and use GIMP). The photo didn't need too much--simple was best. I switched the golden of the pill to a deep ruby and heightened the contrast a little.

For the text, I went with the typeface Fangsong. I liked how it evoked the type on a medical bottle and more general typefaces, like Courier, but has a little off-kilter twist to it. Like in the original, I left the "d" lowercase and the author name all in uppercase.

What I was going for with this redesign was an abstract representation of some of the strongest themes in Delirium. The pill is visually bold and striking and calls to the obsession with health and wellness, while the color red represents both romance and a warning. The sheets help soften some of the starkness of the image, providing an element of intimacy and echoing the romance within the story. You know immediately this a book about disease and love, which I felt was something the original cover didn't quite portray.