It is a unique and terrible torture to have to pick seven worthy books from a list of nearly 200. There were so many books that could have easily made our top seven, and I wish we could have posted a top ten, top twenty (top fifty, top hundred…).

Because these almost-books are still terrific, I thought I would highlight ten books that stood out to me but didn’t make the shortlist. In alphabetical order: 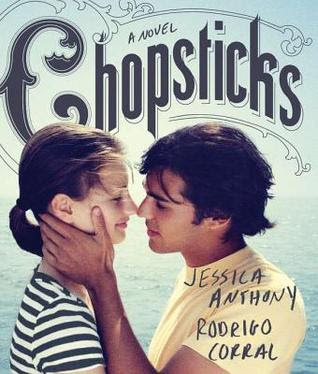 Chopsticks, Jessica Anthony and Rodrigo Corral
Chopsticks is a really interesting book. A romance between a troubled piano-playing prodigy and her artist next-door-neighbor, it uses a variety of different media, including photos, drawings, newspaper clippings, music, chat transcripts, and YouTube videos to tell their story. When people start talking about the possibility of enhanced e-books to tell new kinds of stories, Chopsticks will be remembered as one of the first to explore mixed media (an enhanced e-book is available on iTunes, although it didn’t get terrific reviews). I read Chopsticks in about an hour and then spent another hour flipping through it, thinking about the various clues and hints hidden throughout the books images and texts. It’s a book that rewards thinking outside the box, with a fascinating story and a unique approach to what story-telling can be. 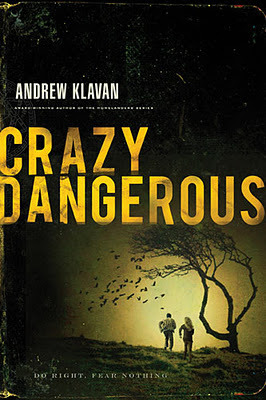 Crazy Dangerous, Andrew Klavan
There’s not a lot of YA thriller, which is a shame because done well, like Crazy Dangerous, it can be great fun. Teen Sam Hopkins stands up for eccentric classmate Jennifer against a bully and finds himself caught in a mystery. The two very different literary styles play against reader expectations and set up an ending that I didn't see coming. A great pick for anyone looking for some YA thrills. 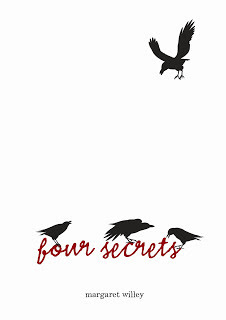 Four Secrets, Margaret Willey
In Four Secrets, three best friends sent to a juvenile detention facility slowly recount the events that brought them there. After reading a dozen multiple-narrator books, I was blown away by how well Margaret Willey created unique, distinct characters that stood out in different ways. I fell in love with bold, strong Katie; shy, creative Renata; and smart, honorable Nate. Although their story seems like it will have a clear resolution--within the first chapter, you learn they're in juvie for kidnapping a bully--it's much more about how secrets shape people and how choosing to keep (or share) those secrets can have unimaginable impacts. 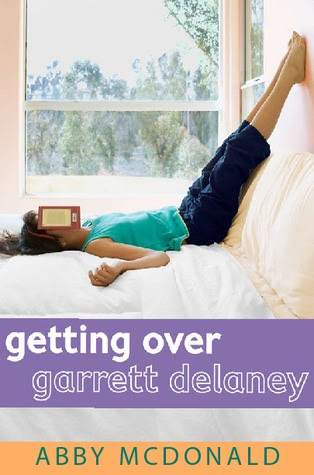 Getting Over Garrett Delaney, Abby McDonald
I have such a soft spot for this book. Admittedly, I get a little tired of reading the same girl-falls-in-love YA (especially when the guy is a little...meh...), so this one, about a girl getting over the guy friend who takes her for granted, stood out. I have a feeling there are a lot of teen girls out there who can relate to Sadie, who's been pining for best friend Garrett since the day they met. When Garrett goes away for the summer, Sadie realizes their friendship is a bit one-sided and decides to give up on Garrett cold-turkey. Her plan to reinvent herself--which includes new friends, a new job, and figuring out just what she really cares about--exposes some realities for her, and her two-steps-forward-one-steps-back approach made me laugh. 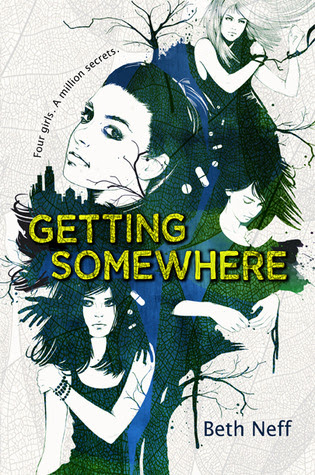 Getting Somewhere, Beth Neff
Great book, terrible title (every time I saw it I'd say "Which one is that?"). Four troubled girls wind up at a farm in lieu of juvenile detention, and as they slowly begin to open up and learn more about each other and themselves, one makes a drastic decision to sabotage the entire project. YA fiction loves to go dark, and while Getting Somewhere covers dark material--prostitution, drugs, abuse--it does so with sensitivity and grace while still keeping its heroines colored with shades of gray. And it was one of the few YAs I read that featured strong adult characters--in this case, three women--whose relationships with the girls helped push the story forward. 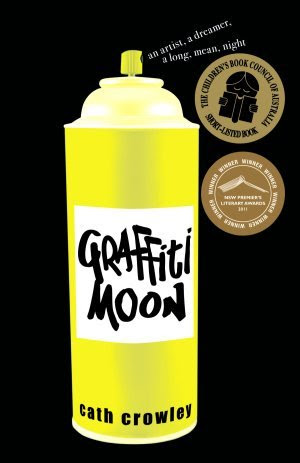 Graffiti Moon, Cath Crowley
Another multi-narrator story, Graffiti Moon takes place over a single night, as Lucy, a budding artist, scours the city with a sort-of friend, Ed, in search of an elusive graffiti artist known as Shadow. As Lucy and Ed share the narration, readers get to see something that Lucy doesn't: Ed actually is Shadow and has long harbored a crush on Lucy. It was fascinating to see a romance play out between two characters coming to the table with vastly different information, and the build-up to the inevitable moment when Lucy learns the truth kept me turning the pages. 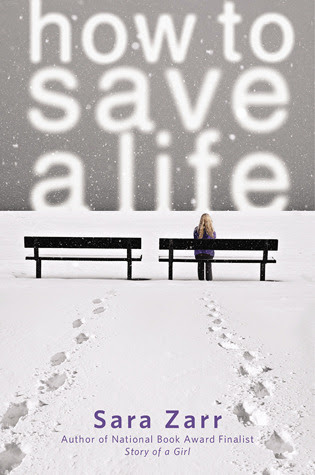 How to Save a Life, Sara Zarr
Two girls from drastically different backgrounds are thrown together when Jill's mother decides to adopt Mandy's unborn baby. What really stood out to me was the sensitivity and insight Sara Zarr brought to these two girls. Neither were perfect, but I could understand Jill's rough-edged anger as well as Mandy's awkward and uncomfortable attempts to make connections with people. Their stories and their ever-shifting relationship with each other captivated me and stuck in my mind long after I'd finished reading. 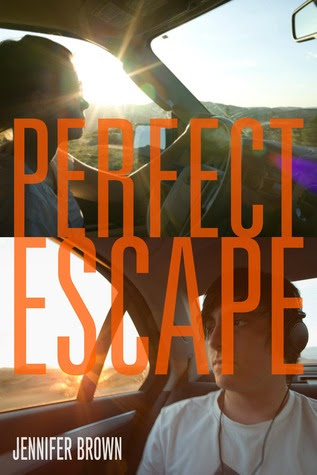 Perfect Escape, Jennifer Brown
I'm a sucker for both road stories and sibling stories, and so Perfect Escape really resonated with me. The story of two siblings whose relationship is burdened by one's OCD, Perfect Escape beautifully captured the nuances of a brother-sister relationship. Kendra and Grayson set out on the road in the hopes they'll leave the problems of their lives behind them, but of course, escape isn't as easy as they think. There aren't many YAs that focus on sibling relationships, despite how important these relationships can be for teens, and Perfect Escape expertly mines this relatively-unexplored territory. The friendship they develop--and test--over the course of their trip hints at the kind of people they will someday become and the kind of relationship they'll carry with them for the rest of their lives. 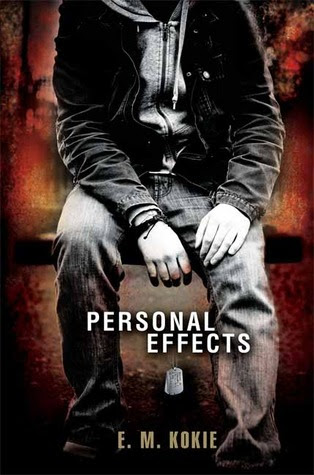 Personal Effects, E.M. Kokie
I have to admit, Personal Effects snuck up on me. I didn't expect to be so blown away by the story of a teen boy searching for answers after his older brother is killed in Iraq. Like Perfect Escape, Personal Effects delved deep into the relationship between two brothers and the secrets that even close siblings keep from each other. As Matt digs into his brother's past, hoping for something to remember him by, he learns more than he wanted to know and must grapple with the idea that his brother might have been a stranger his whole life. A powerful story about love, loss, and forgiveness, Personal Effects is a great read and deserves a spot on any shelf. 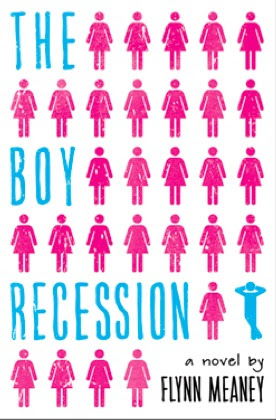 The Boy Recession, Flynn Meaney
The last choice on my list is another light read, one of the few nominees that actually made me laugh out loud. At Kelly Robbins' school, a series of random events has drastically shifted the boy-girl ratio in the boys' favor, meaning she now has competition for the attentions of her sweet friend Hunter. Although the romance didn't offer many surprises, the methods the girls went to ensure they weren't dateless and the obvious delight of the now-in-demand boys were pure enjoyable silliness--I especially loved one enterprising boy's PG-13 escort business, ensuring paying ladies a wide selection of handsome, intelligent, gentlemanly dates in time for prom. A surprisingly smart undercurrent of feminist theory--supplied by Kelly's budding journalist best friend--kept this story from getting too frivolous and offered up an intriguing question that (I hope) will be answered in a sequel: how would things fare if the boys outnumbered the girls?