Writing Spaces: Get Out the Vote 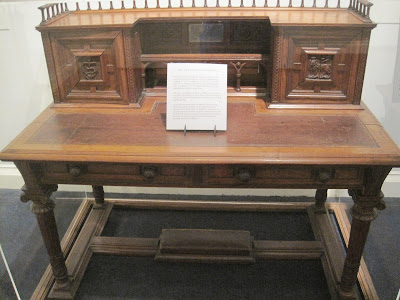 This lovely little writing table is the sister to the desk currently used by the President of the United States, known as the Resolute desk. Both desks were made out of timbers from the British ship Resolute, which was lost in ice and eventually recovered and sent back to Queen Victoria.

In gratitude, she had at least two desks commissioned: the larger, more ornate one that now lives in the Oval Office, and this one, a ladies writing desk given to the widow of Henry Grinnell, who helped fund restoration efforts of the Resolute.

While you can only see the bigger Resolute desk if you're lucky enough to get an invitation to the White House, this beauty is on display at the New Bedford Whaling Museum, where I stumbled upon it last March and happily took some snapshots.

Since I featured the Oval Office last February, I thought for the day before the election, I'd show the other Resolute desk--and tomorrow, don't forget to vote! 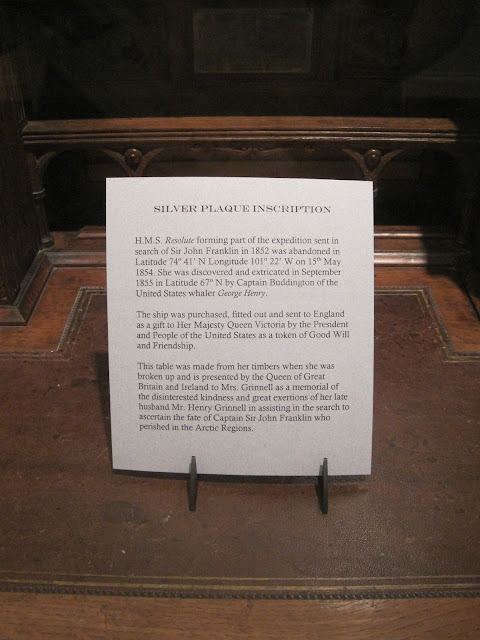