Kindle Fire: A Breakdown of Reviews 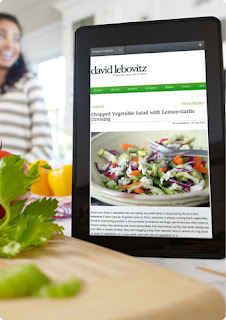 Amazon's new Kindle Fire will be available November 15, just in time for the holiday shopping season, and it's getting a lot of buzz that it's an iPad for the people, more streamlined, cheaper, and just as good.

I know nothing about e-readers or tablets*, but I love a good gadget. Here are what the experts are saying about the new Kindle (and how it measures up against its fancy cousin).

Amazon Kindle Fire: It's a Tablet for the Masses, Not an iPad Killer
Slate's Will Oremus says the Kindle is banking on it's low low price of $199 to lure people who don't want to spend upwards of $500 on an iPad (not including a data plan). But if you have the money to spend, he says, go for the iPad: the Kindle can't compare when it comes to versatility or usability.

Why the Kindle Fire Beats the Apple iPad (for me)
At Gizmodo, Roberto Baldwin breaks down why he likes the Fire more than the iPad, and it all comes down to how you use a tablet. No fancy production apps? No problem--if all you want for a tablet is to get some reading done, check your email, maybe do a little web browsing, the Kindle Fire has you covered. iPads may be gorgeous tools, but for $500, he says, they're too niche to be worth the price.

Kindle Fire's shortcomings: Little storage, no Bluetooth?
David Carnoy at CNET addresses two of the criticisms aimed at the Fire: its 8GB of storage (only 6GB usable) and lack of Bluetooth capability. Amazon's answer is that users can access its cloud-based web services, where users can store (and buy) books, movies, TV shows, and magazines. The tradeoff for $199? Become a more loyal Amazon customer.

Amazon Kindle Fire First Impressions: Solid but Limited
PCWorld's Melissa Perenson covers some concerns over the Fire about its operating system and readability. The Fire runs on Android 2.3 but only runs Android Apps available via the Amazon store (10,000 out of a possible 200,000) and when Google releases its new Android some time next year, there's no assurance the best Android apps will run on the Kindle. She also didn't love the reading experience, which she said was pixelated and not well designed.

How the Kindle Fire Could Make 7-Inch Tablets Huge
Christina Bonnington from Wired focuses on the Kindle Fire's size. At 7 inches, it's smaller than the iPad, which makes it easier to operate with one hand. Since Steve Jobs dismissed 7-inch tablets as "dead on arrival," it's unlikely the Fire will ever be challenged by a 7-inch iPad. Instead, it fills a niche where people want something bigger than a smartphone but not as big as an iPad or computer.

Bottom line? It seems like all the experts talked about the limited capabilities for the Fire, compared to the iPad. For some, that was a major concern--consumers aren't getting a cheaper, slimmer iPad--but for others, it was a better fit between smartphone and laptop than an iPad. All agreed that the price made a major statement but most said that it's more of a concern to Barnes & Noble's Nook than Apple. In the end, the Fire comes down to a user's preference, but for those interested in tablets but turned off by Apple's price, the Fire makes a compelling product.

For more info on the Kindle Fire, check out Amazon

*I do have a Nook, which I got for my honeymoon a few weeks ago. I love it if only because I didn't have to lug a dozen books around Italy.
Posted by Kendall at 12:00 PM